The music industry today is in the craziest state that I (John Eye) have seen in my entire career as an artist and engineer.

Back in the 1990’s there was still the hope that if you wrote good songs and met the right people you had a sliver of a chance at getting signed to a label. 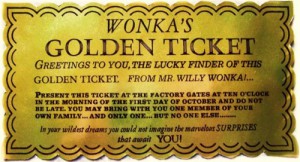 In those days that was still the “Willy Wonka Golden Ticket”.  You would get an advance which would help you cover your living expenses (rent, food etc.) while you wrote and recorded, a whole promotion department would go to work building your brand, and the label would front you the cost of all the recording and production expenses for your album and videos.  Yes these expenses were recouped by the label out of your sales….but at least there were sales back then.

With the shift toward MP3 and the piracy that flourished with the new format, the glass floor that supported the whole system broke.  The fan, or consumer, ran off with the product looting the system as fast as humanly possible all the while pressing the logic that “since it was now possible to take it for free, why should I pay?”.  This all while willfully ignoring the fact that they were severing the ability for the artists that they “loved” to create more art for them to be in love with.

If all music had suddenly ground to a halt, perhaps there would have been a realization of the impact.  But the effect was gradual, record labels slowly cut their staff, and funds for developing bands, they cut the numbers of artists that they would sign, they started figuring out how to produce albums faster and cheaper.  This fostered the attitude in the industry of “why spend the time trying to create something new when we can just reuse the same drum sounds and production techniques as the last project”.

Originality and creativity demand resources to develop and perfect.

Today many labels expect the artist to pay for the recording and production up front, and deliver to them a completed master recording.  Even with the recording already paid for, most indie labels can’t afford to promote it, so most indie artists will go unheard, and never be able to take that next step up the rung of the ladder.

On top of the cost of recording studio time, the music industry has shifted in another way.  Releasing an album, or single is no longer acceptable.  Every song has to have some kind of video in order to get any kind of attention from a public over saturated with media.  This means that the basic costs for getting a song into the ears and hearts of the public have pretty much doubled.

Now the artist has to make a video for that song, and even if they have directors, extras, and editors who will hook them up with a deal, they are looking at $1000.00 to $2000.00 just to make a low budget video.  That brings the out of pocket PER SONG production cost for an artist to finish a single song and video for your listening pleasure up into the $4,600.00 to $6,200.00 range.  Now imagine trying to do an entire album of ten songs.  That is $46,000.00 to $62,000.00 for a ten song album and low budget videos for each.  That is the price of a nice executive class car.  How many starving artists do you see driving around in luxury cars?  Probably not too many.

This cost is enormous for an artist trying to make headway in an extremely competitive market.  Picture your life.  Your rent, your mortgage, your bills, your food expenses, your insurance, and medical expenses.  Now come up with another 60k on top of that.  Not very realistic is it?  Not for most people.

Unless we only want to see art created by people who have inherited wealth, and massive disposable incomes (have you seen Paris Hilton pretend to be a DJ?) you have to do something.  All the great timeless artists that everyone loves, struggled and came up through a system that developed and supported them.  That system no longer exists.

What can you do?

Well you can do three things that would have a snowball effect on the music industry.  If you can do even just one of these, you will have an impact.  Can you do two, or all three?

Beach House Studios selects specific artists to get behind, promote, and help fund raise for.  We want to find the artists who are the best in their genre and bring them to the world.  With your support the Beach House Studios Artist Development Program can do what record labels are no longer capable of doing.  Help develop new and talented artists and give them the opportunity to add their songs to the history of timeless music.

Let me know your thoughts on the music industry, or how you have successfully raised funds for an artist in the comments section.

Any cookies that may not be particularly necessary for the website to function and is used specifically to collect user personal data via analytics, ads, other embedded contents are termed as non-necessary cookies. It is mandatory to procure user consent prior to running these cookies on your website.