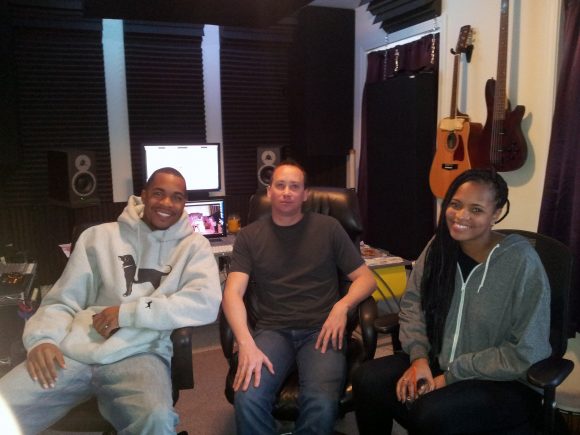 We are working on the audio post production for a new film “Escapement” by director Jae Williams.  Sound engineer/producer John Eye is mixing the dialog, score, sound effects, and doing the foley work for the project. 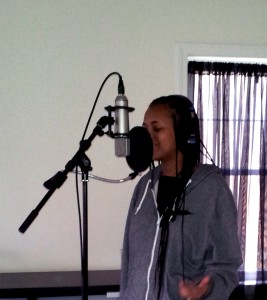 We kicked off with a great session re-recording the lead vocals for a church choir scene with the amazingly talented Kaylah Green, who also performed the song in the original film shoot.  Unfortunately the location sound did not capture her lead properly, so we scheduled some time to get her in the studio.

Kaylah, (currently a Berklee College of Music student) came in, warmed up, and nailed the vocal track right away.  She naturally synced to the video performance without even watching the footage, with only minor adjustment in one spot. It was an absolute pleasure to work with someone of her talent and skill, and the pure tone of her voice carries the entire emotion of the scene in the film.

Director Jae Williams joined us in the session to watch as John captured the new vocal track, and placed it in context into the scene.  We will be doing much more work on the Escapement audio post production over the next couple of months, as the movie premier date is slated for January 2014.